About The Motel Cowboys

Where does one start to talk about the Famous Motel Cowboys?

Right at the top. Pinto Bennett, The Cowboy Kerouac, a psychedelic Faron Young. That’s all I could think about when serving my apprenticeship with the FMC. There was a ferocity in his singing that belied the gentle soul under the red beard. In the Rockies they were legend. When we hit California I think they saw us as a Mongol Horde. The club owners weren’t quite ready for us out there but the crowds loved the raw pounding sound. Fierce drumming, pounding bass and soaring guitars - still features of the band today.

But it's really the insanely great (and sometimes simply insane) songwriting that makes it all work. The characters in his songs from Elano De Leon to his waltzing mice (yes you read that right), to the Honky Tonk Asshole who became “Our Guy”, the “long suffering pardner”, the hard time Buckaroo. That's Pinto’s unique form of schizophrenia. All those souls live in his head and are screaming to get out. My time with the FMC was a crash course in the the honky tonk blues. We were snowed in, locked out, locked up, and out of gas.We were stiffed in Rock Springs and the toast of San Juan Capistrano.

The road goes on and the boys are still at it. I made my way to, and made my way in Texas. There are nights I yearn to be back at the Saddle Sore Saloon and have Pinto kick off a song saying: “She’s a four-four goer in D boys!  Republican turn-around. It’s fifty five eleven - think “Pass Me By”. Ah one and-a-two...."

Hell, now I even know what he was talking about. 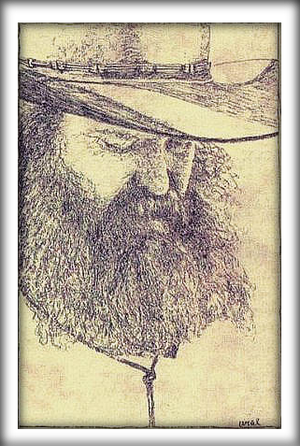